The First Wave of a New Era

Everyone got COVID while making this issue. Welcome to the “living with it” era of the pandemic.

A couple of weeks ago, while editing one of the pieces for this issue, my vision started to blur. I cranked up the brightness on my screen, dialled up my magnification, and tried that thing where you focus on something in the middle distance to prevent eye fatigue. I was staring at a pigeon on the roof across the street, my head just beginning to throb, when my rapid test finished processing, the second line faint but unmistakable.

We were already behind on the issue, a collection of stories that, when we’d first envisioned it back in October, we’d hoped would be about life in what we were optimistically thinking of as “Endemic Toronto.” The week before, my colleague Inori Roy had been slowed by COVID. A writer missed a deadline because, six days after testing positive, she was still finding it hard to write. I messaged another contributor to say I’d be late with an edit, and she said that was fine, she was pretty sure she had it anyway. My two-year-old caught it. I watched The Lion King with her during the day and stayed up with her at night as she coughed. I emailed Simon Lewsen to see how his feature was coming along. “I also got COVID,” he wrote. “It’s been brutal, but I’m almost done with the new draft.”

This is the sixth wave of the pandemic but the first wave of a new era, the era of “living with it.” It’s an era in which, as health restrictions fall and cases rise, we’ve collectively decided to grit our teeth and carry on—quietly pushing aside the uncountable losses of the past two years and ignoring the fact that, for whole swathes of society, moving on is simply not an option. It is the era in which you get COVID but, thanks to innovations in work-from-home technology, you also go to work. It is, by almost any measure, a much better time than the previous COVID eras, but it comes with a new level of cognitive dissonance. Schools send emails explaining the end of mandatory masking and then follow up with lengthy catalogues of all the cases in your kid’s class. The mayor urges downtown businesses to bring back workers before immediately heading home himself, sick with COVID.

In the early days of lockdowns, it was tempting to mentally divide life into three periods: pre-pandemic, the bad times, and then post-pandemic, which would hopefully look something like that viral gum commercial where a radio announcement marks the end of all this and everyone stampedes back to their offices or into the streets to make out with strangers. Unfortunately, the line between pandemic and whatever comes after is far less clean-cut; every attempt to prematurely declare “mission accomplished” has instantly looked foolish. Instead, what we have is something far more ambiguous—the messy “living with it” era.

The stories in this issue, launching this week and continuing over the next month, are about life in the city at a moment when COVID is no longer the single dominant force in many people’s lives, but is still very much present. From beleaguered theatre artists to shopkeepers in a Malvern mall, from the TTC to the health care system, the stories are about individuals and institutions groping their way towards some new kind of equilibrium—a “new normal” that is miles better than April 2020 but will never be April 2019, and perhaps shouldn’t strive to be.

This is the sixth wave of the pandemic but the first wave of the “living with it” era. How does a city recover when COVID is no longer the single dominant force in our lives, but still very much present? From beleaguered theatre artists to shopkeepers in a Malvern mall, from the TTC to the health care system—stories about individuals and institutions groping their way towards a new kind of equilibrium.

Feature by Inori Roy with photography by Chloë Ellingson

For TTC Bus Riders, the Wait is Endless

Buses are the unglamorous workhorses of the TTC. By neglecting them to build flashy rail projects a decade from now, is the TTC failing the people that need transit most today? What is the PATH?

Below ground, the hair stylists, dry cleaners, baristas and sushi chefs are ready. But are the office workers coming back? The Greatest Mall in the World

Malvern mall has seen me through every stage of my life, from renting videos as a preschooler to wandering the empty halls during COVID. As we emerge from the pandemic, how do we keep these suburban hubs of culture and community alive? How I Went Broke Succeeding in Theatre

As curtains rise on Toronto theatres after years of disruption, a generation of creators are wondering if there’s still a place for them on the stage. 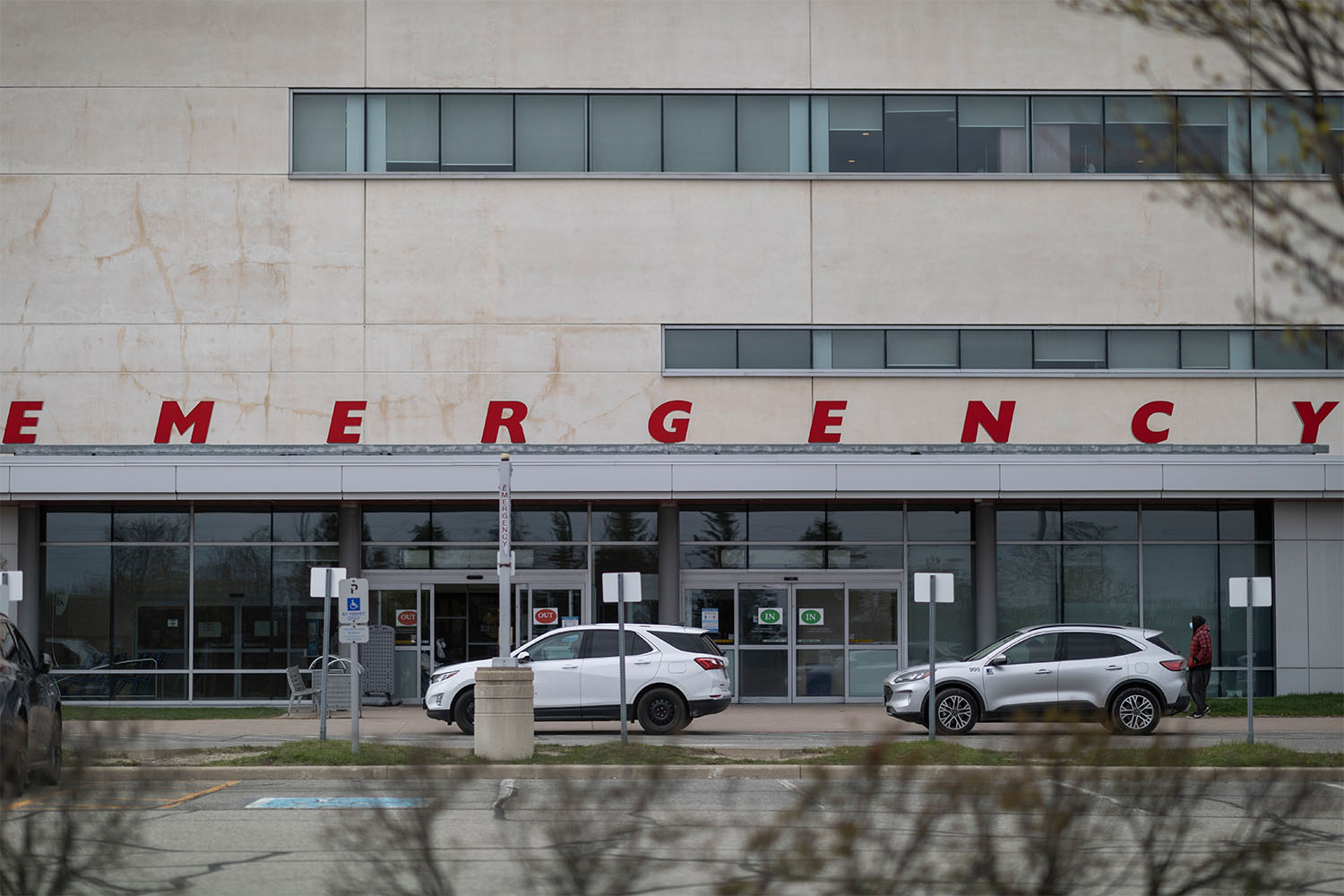 Hospitals were overwhelmed and overcrowded well before the pandemic. What happens after COVID? Love, COVID, and Other Risks

When the pandemic hit, my partner’s status as an organ transplant recipient became the organizing principle of our lives. As the city opens up, our risk calculations have become more impossible than ever.