Essay
by Daniel Rotsztain with photography by Nick Iwanyshyn

On Sunday March 15, residents of Toronto Island were preparing for the twin plagues of a pandemic and a flood. By then, large gatherings were already deemed risky, but the significance of COVID-19 was only beginning to be understood. Flooding seemed more important to address.

At the first and last sandbagging party of the season, I joined a large group of volunteers to build a protective wall along the north side of Algonquin Island. Invigorated by volunteer-made split pea soup and bread, we organized ourselves into an efficient system of opening, filling, and tying sandbags, heaving and chatting while basking in the late winter sun.

“Are we standing too close together?” asked an older Islander, her glasses fogging up as she held an empty bag up to a homemade filling machine of two-by-fours and sawed-off pylons.

“I don’t think so,” I responded, anxious but determined to keep shovelling. Volunteers hauled filled sacks by bike cart, distributing them along a snaking wall of neatly stacked orange and white bags—a tiny effort compared to the gleaming hulk of skyscrapers just across the harbour, but enough to protect the Island from high water.

As we returned home with sore muscles, but high spirits, we joined the rest of the city—glued to our devices as we began to collectively understand the magnitude of the COVID-19 lockdowns.

Like a portal, the Toronto Island ferry transports you from the dense, concrete towers at the foot of Bay Street to the Island’s fresh breeze and expansive parklands in a matter of minutes.

During COVID-19, the separation between the Island and the city has intensified. With ferry access limited to residents and essential workers, Torontonians have been largely cut off from their Island reprieve.

For the last two years, I’ve rented a room on the Island, a less common situation in a community of homeowners within a Provincial land trust and its infamous decades-long waitlist. In many ways, the Island community is a small Ontario town preserved at the edge of Canada’s largest city, especially now that the only people here are the approximately 700 Islanders who call it home.

There hasn’t been a grocery store on the Island since 1956, when the Metro Toronto government demolished Centre Island’s main drag in an effort to discourage full-time residents. COVID-19 lockdowns have finally restored grocery service to the Island. In lieu of operating as a restaurant, the Riviera has transformed itself into a market on Wednesdays and Saturdays, its tables reconfigured to accommodate displays of fruit, vegetables, dry goods, and beer.

While it’s a kind gesture, Islanders still need to go to the city for the bulk of their food shopping. In the spirit of social distancing, many only go cityside for the most essential trips, setting personal records for the longest time without leaving the Island; my roommate made it two weeks, while a neighbour hasn’t left in over two months. Home to a high proportion of seniors, grocery deliveries are being coordinated and carried out by the community to ensure those most vulnerable to COVID-19 are protected.

Trips are only being made to Wards Island on the Ongiara, the rusty car ferry whose open deck is ideal for safe physical distancing. Ferries that are usually packed with tourists scrambling to take photos of the skyline remain uncannily quiet, especially in the evening. On several occasions, I’ve been the only passenger on the ferry back to the Island.

“Glad to see someone, finally,” shouted a dockhand one evening as he opened the gate to the Wards-bound ferry. “It’s been nobody, all night.” I shuffled toward the gate to chat, our banter absorbed by the empty ferry terminal’s concrete walls. On those nights when I find myself alone on the deck of the boat, I get lost in gratitude and uneasiness as the twinkling skyline recedes and I am transported a world away across the bay.

A summer without visitors isn’t new to the Island. Completely closed to non-residents during the 2017 flood, it was only partially open during the high waters of 2019. This spring, as the last sandbags were placed, good news reached the Island: the probability of a flood this year had become extremely low, leaving Islanders with only one plague to navigate.

But now that the threat of flooding has receded, it’s especially unsettling to experience Toronto Island’s pathways devoid of visitors and tourists. Past the cottages of Wards and Algonquin and beyond the willowed lawns surrounding Centreville, the Island becomes especially wild. On an early spring walk through the sand dunes at Hanlan’s Point, I found myself all alone, my thoughts only interrupted by lush bird songs and the scurrying of beavers, mallards, and mink through the brush. Grounded planes at Billy Bishop Airport add to the serenity, a vision of the Island had #NoJetsTO gotten its way.

While it’s spectacular to have the Island to myself, it feels terribly off. Toronto Island’s history is deeply intertwined with visitors from the mainland. From ceremonial trips by the Mississaugas, to the working class vacationers of the early 1900s, to today’s throngs of picnickers and beachgoers, the Island has long been a vital and accessible respite to the inhabitants of the city who don’t have the time, money, or inclination to go further afield. Unlike the imagined wildernesses of provincial parks like Algonquin, people make the Island.

Toronto’s park amenities have mostly reopened, but the Island is effectively closed until the City figures out how to run boats and manage the crowded ferry terminal while maintaining safe physical distancing. Meanwhile, water taxis are still not permitted to operate. With the arrival of warm weather, the Island has become a free-for-all, as people find their own ways of getting here. While canoes, jet skis, and private boats have become options for some, few Torontonians have the knowledge or access to get to the Island without city-run ferries.

With ferries only open to residents, the roughly 600 acres of spacious and picturesque parkland largely remains the exclusive domain of a mostly older, mostly white community. Many downtown neighbourhoods just across the bay have access to under 4 metres squared of parkland per person, far below the city average of 28 metres squared, and barely enough to safely physically distance. During the pandemic, the Island has become a glorified gated community, another item in the long list of inequities emphasized by COVID-19.

On one of the first warm evenings this spring, I took a bike ride with my roommate to Centre Island, where a row of cherry trees were in bloom. Unlike at Trinity Bellwoods and High Park, no gate surrounded these trees. We took the obligatory flower photos, then biked through Centreville, its rides empty of screaming children, its lawns devoid of picnickers. Sipping beers as we looked over the skyline, that familiar mix of gratitude and isolation washed over me, eager for Torontonians to be reunited with their Island.

About the author, Daniel Rotsztain

Daniel Rotsztain is the Urban Geographer, an artist, writer, cartographer whose work examines our relationship to the places we inhabit. A frequenter of libraries, malls, and strip malls, his projects seek to understand and support the social life of the city.

About the Photographer, Nick Iwanyshyn 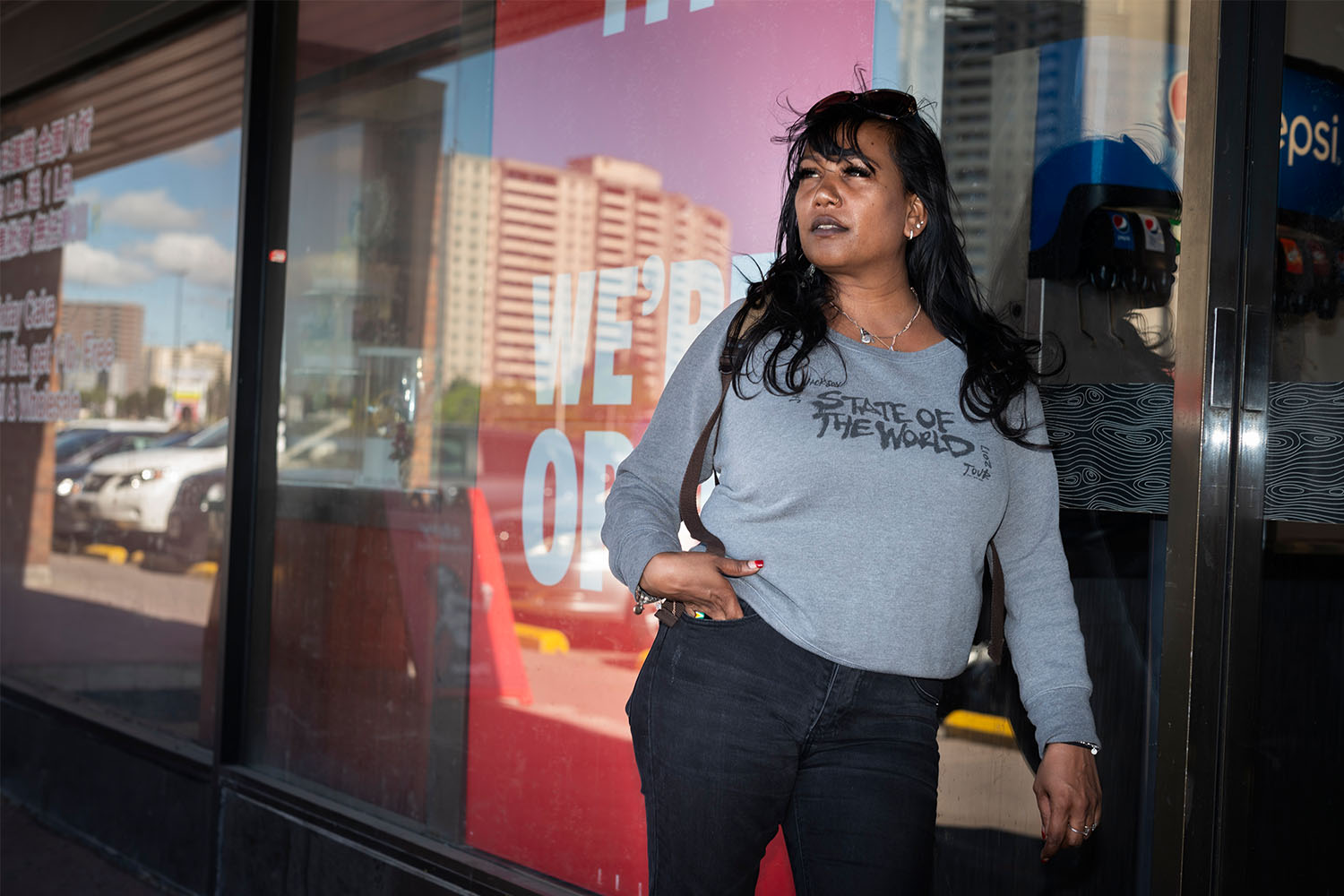 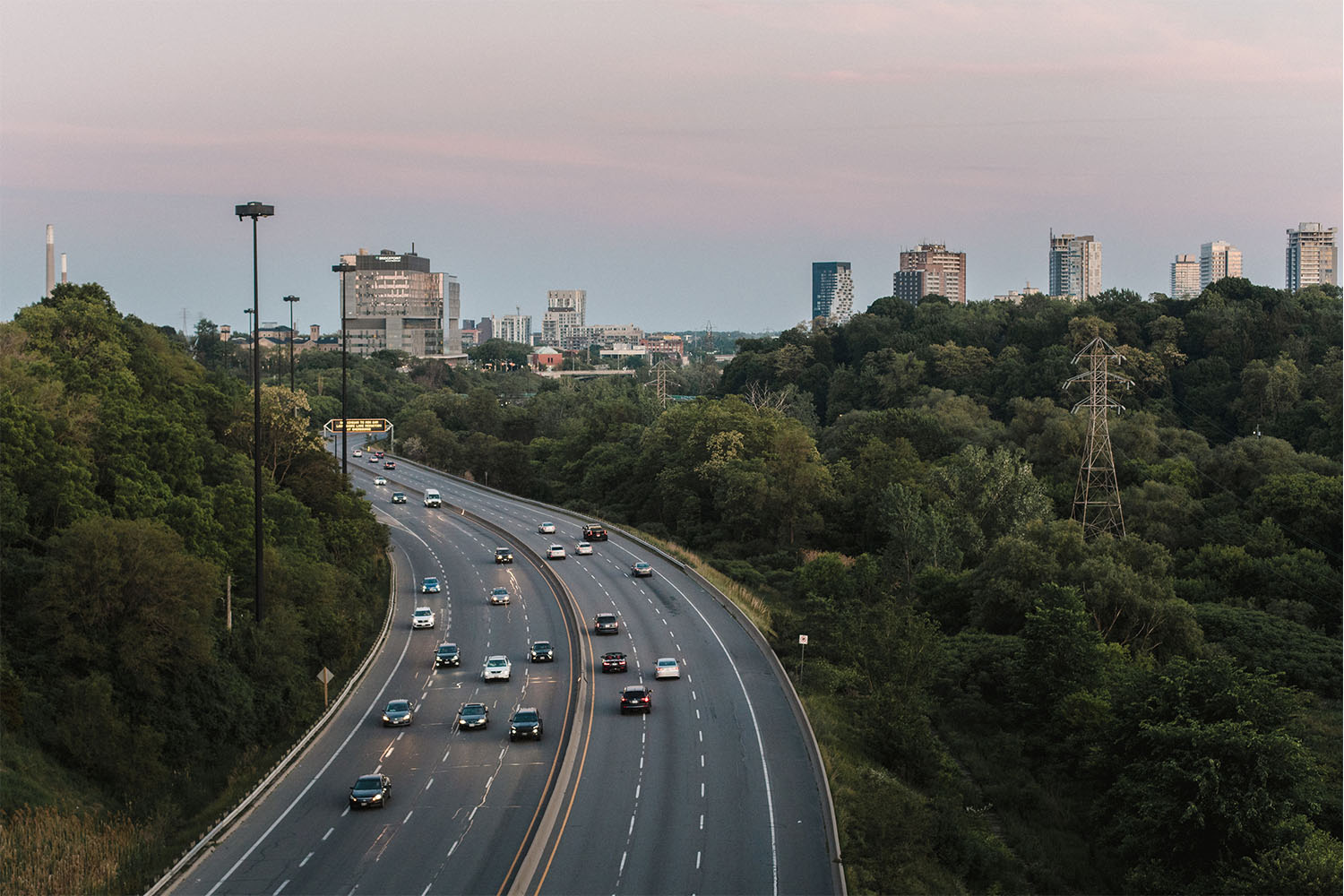