The Way We Work

How decent jobs became precarious labour, and what we can do about it.

Early in the pandemic we collectively came to a belated realization: work is, to use the technical economic term, very bad.

Cubicle jobs could be done from home. The workers actually holding society together were so underpaid governments began referring to them as “heroes” in lieu of offering sick days. And the moment of brief stability that came with COVID benefits only threw into relief the unsustainability of what had come before—the insanity of the hospitality industry, the misery of the gig economy, the elusiveness of finding decent work.

None of these realizations should have been particularly jarring. For a while now, the way we work has been broken—a strange disjuncture between our dated vision of what it means to “have a job” and the patchwork reality of how people earn their living in 2021.

That dated vision, which academics call “standard employment relationships,” is what we’ve traditionally thought of as decent work: a full-time, year-round job with a single employer who provides benefits and maybe even a pension. It’s the employment structure that flourished after World War II and created a broadly prosperous middle-class.

And it’s a kind of work has long been waning. Research by the Poverty and Employment Precarity in Southern Ontario (PEPSO) research group at McMaster University found that in 2017, only 56 percent of workers in the Greater Toronto and Hamilton Area were in standard employment relationships. Everyone else worked in jobs with some degree of precarity, from temp work to contract jobs to gig work, all without benefits or long-term security.

In our “Precarious” issue, launching this week and continuing over the next month, The Local examines the way people in this city work today, tracing an arc that is far longer than the 18 months of this pandemic. The issue tells stories from community colleges and restaurants, from immigrant mothers struggling to support their families and new graduates trying to find a job in the midst of a global health crisis.

Perhaps the starkest way in which workers have grown more precarious is in their physical safety. In Inori Roy’s startling investigation, she finds that inspections at industrial workplaces in Ontario have fallen nearly 30 percent in the last decade. In that same period, critical injuries more than doubled. Safety is at the front of mind for sex workers as well, Samantha Edwards reports. Too often, she writes, the laws and regulations ostensibly designed to protect these workers end up making them more vulnerable.

While much has been written about the gig economy, Alison Motluk dives into a corner of the labour market newly susceptible to the platform work model: health care. During the pandemic, nurses, PSWs, and other health care workers have flocked to employment platforms like Staffy. Motluk’s story shows why health care workers are drawn by the convenience and relatively high wages—with desperate hospitals increasingly following the “surge pricing” model of Uber and raising wages as start times near. It also looks at the consequences of a creating a health care workforce of “independent contractors” rather than employees.

The PEPSO report found that precarious work affects every aspect of workers’ lives, disrupting people’s ability to plan time with family or friends, creating uncertainty in relationships and vulnerability in mental health. It also found that precarious labour is most prevalent among immigrants, women, and racialized groups—a fact borne out by our reporting. A through line in these stories is the labour of racialized and immigrant women, whether working in nail salons or factories, as sex workers or in the informal economy while battling an EI system that doesn’t work for them.

Taken as a whole, the stories in this issue chart the way precarious work has shifted risk from employers to employees, with devastating effects. They also, crucially, hold clues as to what could be done next, to turn precarious labour into decent work.

In 2021, the gap between our dated vision of what it means to “have a job” and the patchwork reality of how people earn their living has never been wider. From nurses doing gig work to mothers on EI working under the table, from college instructors to sex workers to nail salon technicians—a series about the way we work today, and how to turn precarious labour into decent work. The Labour of Immigrant Women

During the pandemic, immigrant women briefly came into the spotlight as the hardest hit faction of Canada’s workforce. Those numbers don’t tell nearly enough of the story. Trapped in the Ivory Basement

In Toronto's booming public community colleges, part-time educators get none of the privileges of cushy academic jobs. Instead, they are overworked, underpaid, and even pushed out of their union. 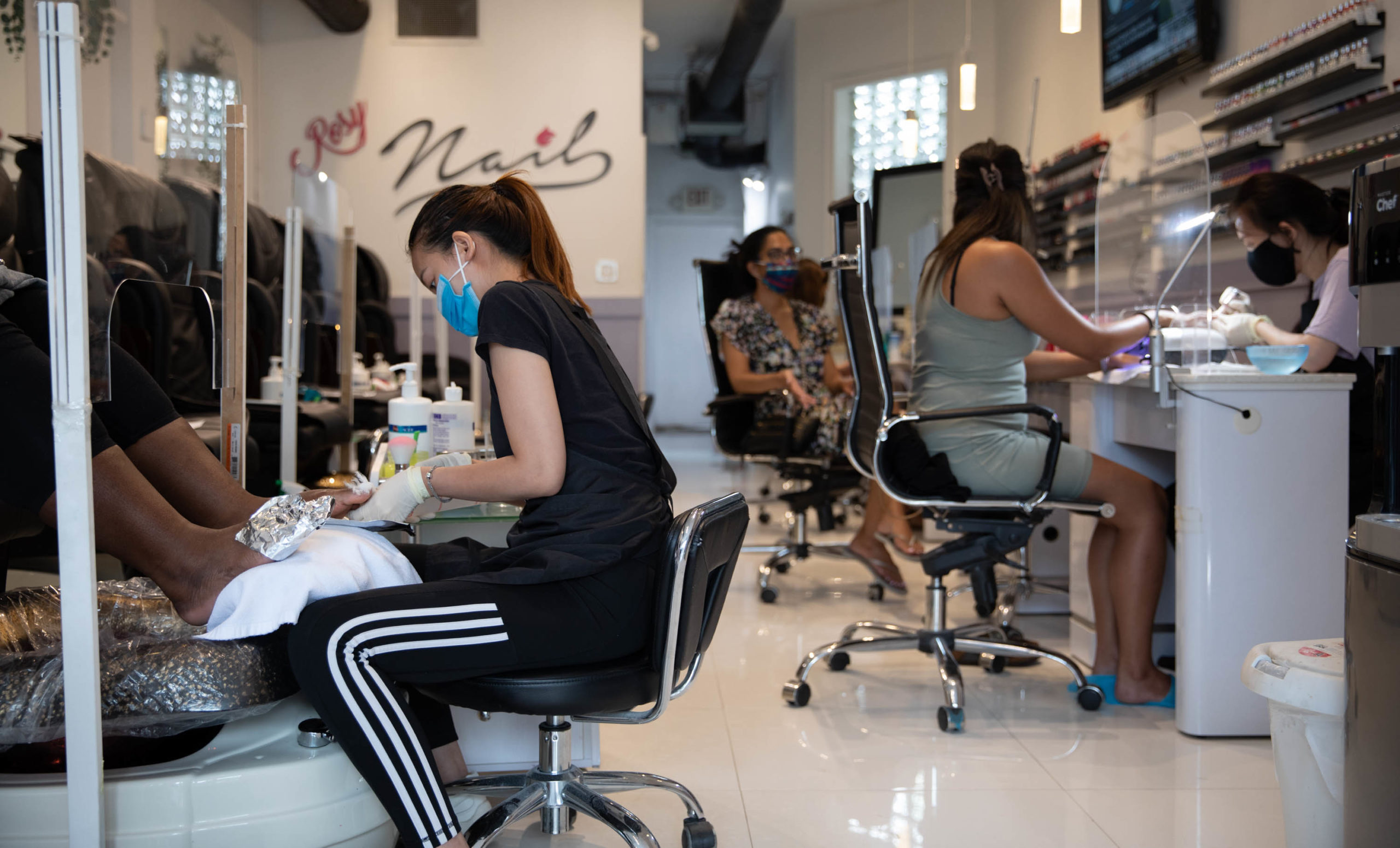 The Real Cost of a Manicure Rebuilding the Restaurant Business, One Argument at a Time

The pandemic created a window of opportunity to change a broken industry. The challenge now is getting restaurant workers to agree on what that change should be. Canada's prostitution laws are supposed to protect sex workers. Advocates say they're doing the opposite. Three Black Farmers on Making it in the GTA

These farmers are trying to fight food insecurity in their communities while making farming a sustainable job. Their biggest challenge? Getting access to arable land. 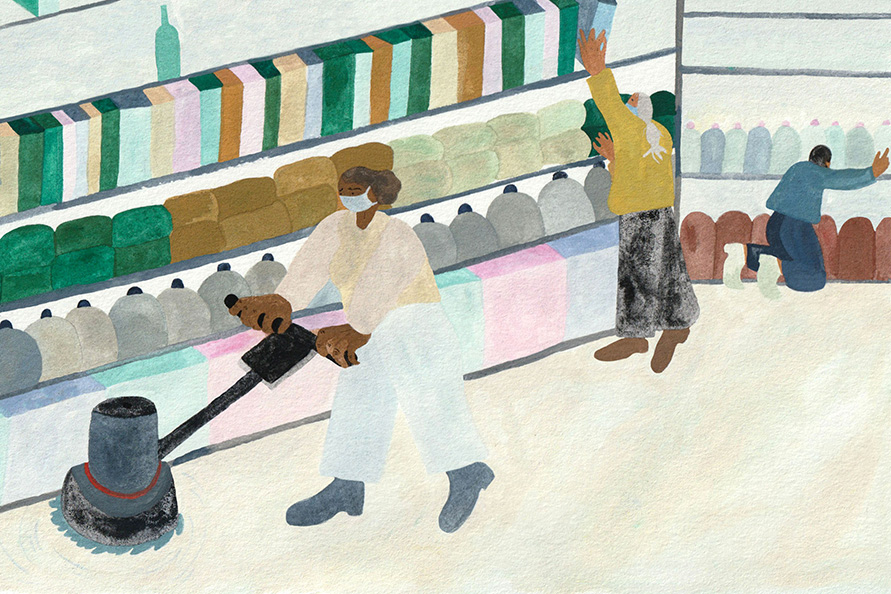 Our employment insurance system was built before the rise of temp work, gig work, and foreign labour. It’s time for an overhaul. A report from the debt-ridden, desperate, increasingly despairing graduating class of 2020. The Gigification of Health Care

During the pandemic, health care workers have flocked to apps like Staffy for temp work. What happens when nurses are hired like Uber drivers?