I moved to Toronto for a job about eight years ago. I had been making the commute from my home in Six Nations to Bay and Bloor when working from home seemed impractical for the career aspirations I had at the time. I had been travelling into the city for meetings, but the toll of a three-hour daily commute became too much. I moved in with a friend of a friend who let me sleep in the den of their one-bedroom condo; I bounced around the city before eventually settling in at Christie Pits.

I moved from my home surrounded by old-growth forest, on one of the last unpaved roads on my reserve, to a second-floor apartment on the subway line. The old trees in the park paled in comparison to the lush biodiversity of living in the bush, but I grew to love living in the west end. I loved Tacos El Asador, Apiecalypse Now, Put a Cone On It, and Comedy Bar. For me, this little strip of Bloor was the heart of the city and I began to understand why Toronto is called the “city of neighbourhoods.” I joked that like proper Torontonians, raccoons often live their lives in one city block. I became a Torontonian who rarely went north of Bloor and hissed at the thought of travelling east.

My first days in Toronto were overwhelming, but I was comforted by the thought that my home in the city was part of the lands my ancestors have existed in for generations. We have lived in this part of the world since we were placed here by our Creator. To say Toronto, Ontario, Canada is to speak Kanien’keha, the Mohawk language, the language of my nation. Mohawks are one nation of a confederacy of nations who call ourselves the Haudenosaunee, and in this confederacy of nations, I belong to the Turtle Clan.

The Haudenosaunee do not simply claim this land; in the stories of our creation, our world came into existence when a pregnant woman fell from the sky to a world where there was only water, landing on the back of a turtle. From deep beneath the water, she was brought clay that she spread with her feet, dancing our world into existence. She gave birth to a daughter in this land she created. When she died she became the moon. When her daughter died, her body was buried and from her grew medicines, plants, fruits, and vegetables.

Our world and sustenance are born from women. These women are the mother and grandmother of our Creator, a celestial being who shaped the bodies of human beings from clay. We do not claim our territory; our territory claims us in our bodies. The plants and animals around us that were also placed here by the Creator are claimed by the clay in the same way. We all exist in relation to the land in a delicate balance with one another. As a people, our relationships, laws, customs and ceremonies could not exist as we understand them in any other part of the world. Every gift to live a good life has been given to us and stewarded through generations by the women of our nations. We are meant to be here.

While we have been pushed around our lands since contact, we have, for the most part, remained in the same lands. Through generations of resistance to displacement, we continue to live on the clay we are made of.

In my own life, I have come to understand myself as a person born to a clan and a nation that experiences colonization. My nation was systematically dispossessed over generations. Opportunities to grow our nations, participate fairly in the economy, and maintain our self-sufficiency were stolen from us. We have been unable to govern ourselves or care for our lands. We have been harmed, changed, resisted and survived as much as the lands, waters, plants and animals on which we rely have.

Through generations of resistance to displacement, we continue to live on the clay we are made of.

Today, our homelands include millions of other people who have come to prosper and make their own lives. They’ve built cities and subway lines, organized into municipalities and a province that requires the erasure of the Haudenosaunee and our connection to these lands to legitimize their governance over ours. We also have relations with these people through treaty-making, friendships and mutual aid.

Toronto isn’t the only place where this erasure happens. The towns and cities across Canada are products of the exploitation of the lands and resources that Indigenous nations require to exist. What breaks my heart further is that as urbanized people, we’ve built towns and cities that reject the plants and animals of that place, failing to live in good relations with them. Our modern ways of being requires food to come from someplace else, that wild animals hide in the fringes of the city. The idea that sustenance comes from elsewhere, that the lands where you live are unable to sustain you, is inherently colonial. Correcting this imbalance and setting things right is the greatest challenge of our lifetime. Some people may feel this urgency as the need to address climate change; in the Indigenous context, this process is often conceptualized as reconciliation.

My nation has yet to go through a fair process of reconciliation. Many Indigenous people find themselves in the same position. I realize that my life comes at a point in history where I may never be free and able to express my full humanity, to be seen and live in full human dignity. I am a colonized person who must act if my people are to survive—I must resist colonialism.

As a Haudenosaunee woman, it is my responsibility to steward our lands and ways of being so that our coming generations will be able to enjoy them. Every day I strive to make and remake the world that Haudenosaunee children will be born into and grow up in. This responsibility is sometimes overwhelming. But mostly, I am grateful to understand the importance of what we are fighting for.

Despite what may seem like good reason to fall into deep despair, my life will be something more than a total sum of my traumas and anxieties. I have faith that the love of my ancestors will extend through me exponentially into the future.

I remember that our world was shaped by a parent creating a new future out of love for the life that was yet to come; that this is a world that was danced into existence; that my relationships with plants, animals, waters, and lands can be made and maintained with my own willingness to prioritize and invest in them; that my own personal commitment to shed harmful systems and structures will embrace a radically different future. I hope that my nation has allies to call on to do this work alongside us.

I lived in Toronto for about five years before eventually moving back to Six Nations. I still visit the city and linger in the joys of urban life. I am fortunate to have lived across my homelands, beyond the boundaries of a reserve, and am proud to be a citizen of a nation still fighting to protect these lands.

When I go back to visit the neighbourhood I love, I see how it’s changed and know I have changed too. I’ve taken the time to learn Haudenosaunee languages and rebuilt the orchards that were once stolen. I was arrested for allegedly being at 1492 Land Back Lane. I’ve written, cried, grieved, organized, felt the butterflies of staying up late talking to a crush, dreamed of my grandmother, prayed. I got arrested again. I have been given everything I need to live a good life.

About the author, Courtney Skye

Courtney Skye is Mohawk, Turtle Clan, from Six Nations of the Grand River Territory. She is a Research Fellow at the Yellowhead Institute, policy analyst and writer. You can find her on twitter @MOHAWKEMOTIONS 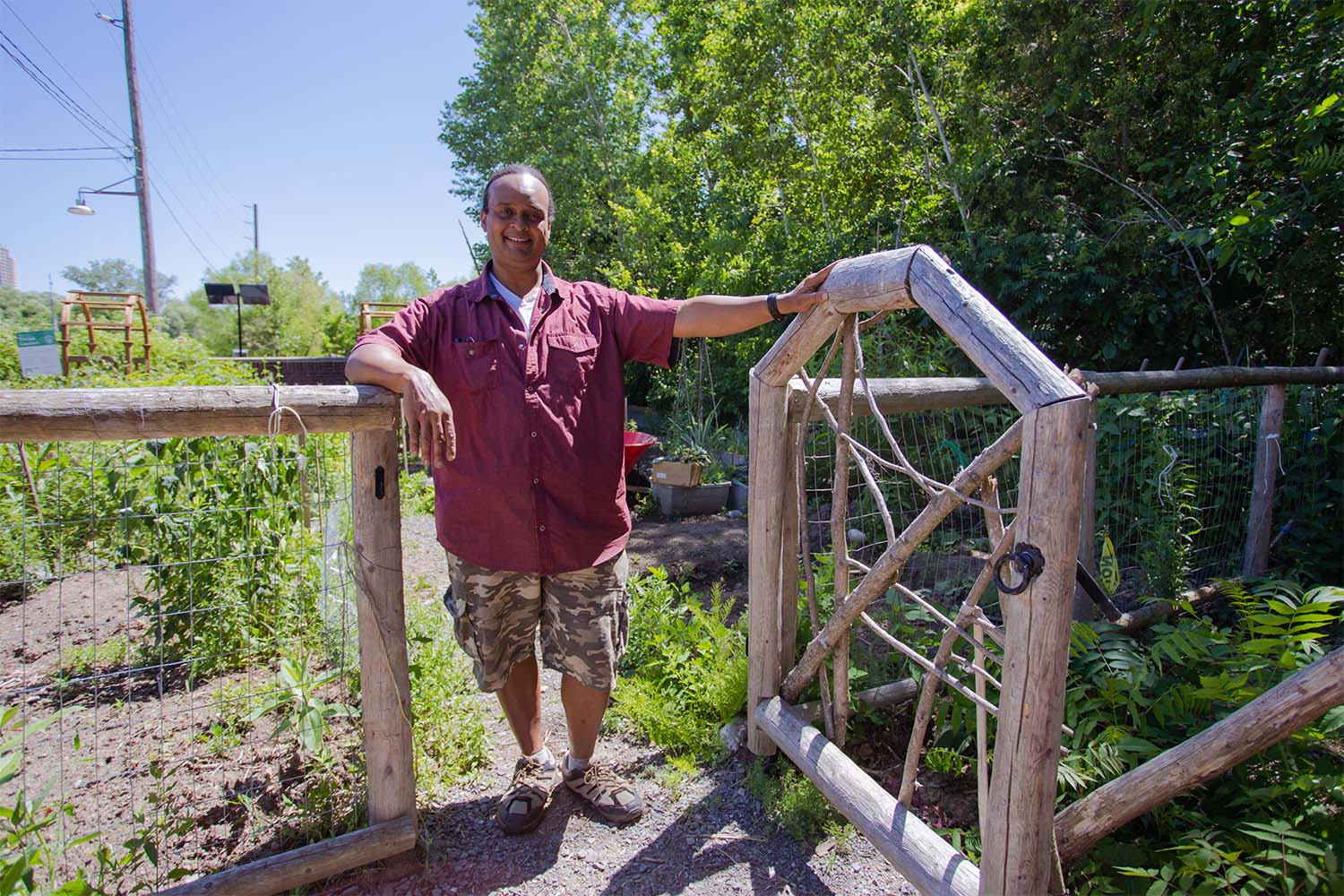