Dinnertime for many Torontonians is a balancing act between work and family life, managing commutes and finding a healthy meal. For some, it is a sacred time to connect with family or friends. For others, it is yet another frustrating task in an already busy schedule or a reminder of our loneliness.

In this portrait of our city, we explore dinnertime as a way of seeing how community, identity, and tradition converge through the way we eat. More than massive differences, what these photos reveal are the commonalities we still share: dinnertime as a refuge from the stress of city life, a place to discover our roots, and a time to solidify our sources of connection. “I’ll tell you two words about being old: slow and backwards. And everything is always out of reach. But from here I can reach everything I need. If it’s a ‘healthy steamer’ dinner I just put it in the microwave. It’s pretty easy. With Swanson’s I have to put a dollop of margarine on top of the potatoes, so there is more involved. I prefer this to Meals on Wheels. It’s better stuff. With Meals on Wheels I have to get to the door and I can’t get to the door.” “When I lived at home with my parents, dinnertime was always an opportunity to spend time as a family. Now dinnertime is often ‘designated Netflix time.’ I’m so used to eating in front of the TV that when I go home to my parents, I’m itching to watch a show instead of sitting down and eating with them. It’s a bad habit.” “Isolation becomes really tough in the city, especially as single people. Our weekly dinners are a special time at the end of the week where we intentionally get together, break bread, and talk about our week. For me, community is just so critical. Regardless of if you can bring something or not, it’s nice to know that there’s a group of people that can take care of you.” “We stayed in the house for three years before we decided to downsize. It was the best decision. Life is easier here than in a house. There’s not so much worrying about looking after the roof or the floor, painting—things like that. Clara does most of the cooking, I help out. During the week we sometimes have soup and blintzes, or hamburger with baked potato. We eat in front of the TV. We are huge sports fans, so we’re usually watching our teams.” “I work at an electronics factory. I’ve been doing this work since I came to Canada when I was 23. Back then, there were ten people on the assembly line and we did the work mostly by hand. Now it’s only two people. Everything is robots. My regular shift is 3 p.m.- 11 p.m. Monday – Friday. In the morning I have something light, and then I have my big meal between 12 and 1 p.m. before work. I eat simple. Vegetable soup and fish, chicken, or pork. I only do special food on the weekend.” “Let’s put it this way, if you go to some shelters you get pasta pasta pasta pasta, carbo carbo carbo carbo. I’ve heard so many guys come up to the counter and say ‘Sorry I’m late. I just finished a double shift. Is there anything left?’ If it wasn’t a meal here, you know where they would eat? McDonald’s. So this is where they come in and get a free meal, compared to a $10 or $15 dollar meal. It’s a big difference right, especially when you haven’t really got the money because you live in Toronto.” “Academia is tough for junior professors. On those nights when I come home late and I’m just so tired, I’m so grateful that my mom’s there with fresh cooked rice, fresh fish, and dahl, hot and ready to go. It’s like her telling me “we’re here for you” and “we have your back.” All of that is expressed through the food that I get from my mother.” “My son, Kofi, was very fussy with food. He wouldn’t eat and was underweight and on multivitamins because of it. Eventually his doctor recommended we see a dietician. She was very straightforward and said, “Because you keep preparing whatever he wants, he will not eat. So, if he starves, he will eat.” It was hard, and I didn’t always follow the rule, but eventually the trick worked. Now, he eats everything. Sometimes too much!” “Growing up in India, going out to eat in restaurants wasn’t a big thing. But my mom wanted us all to experience food from different cultures, so instead of taking us out to eat she learned how to cook different types of food herself: Mexican food, Chinese food, you name it. I remember whenever we would travel and stay in a hotel she would walk into the kitchen to see how they prepared foods so she could recreate it at home. I didn’t start cooking until after I got married, but because of her I always like to experiment with my cooking and try something new.” “I was born in Lebanon, but we moved to Ottawa when I was young. We grew up in the kitchen. When we got home from school, my mom was always in the kitchen cooking and she would invite us in to help peel potatoes or crush garlic, basically any busy work that needed to get done. Helping my mom was how we connected as a family, it’s where the most important discussions took place in the house. To me, food and community are so interrelated. Food just tastes better when I’m eating it with others.” “Co-housing is not for everybody. There are a lot of risks involved and there are not a lot of examples of how it works. Something like 90 percent of co-housing attempts fail and that was scary for us, but there are a few things that have made us function really well. One of those things is kids. It was only then that we really understood the benefits of sharing responsibilities. I get to eat a home-cooked meal every night and I would never do that if I were responsible for the cooking. There’d be a lot more KFC in my life if I didn’t live like this.” “Growing up, mealtime was sacred. Everyone sat at the table, you always asked to be excused, and certainly there was no television. It was a time to be together. Even though we don’t have a dining table to gather around, me and my boyfriend still use our 7:30 p.m. dinnertime to reconnect. No phones, no TV, just us.”

Note: Interviews have been edited for length and clarity.

Craig Madho is Associate Editor at The Local. 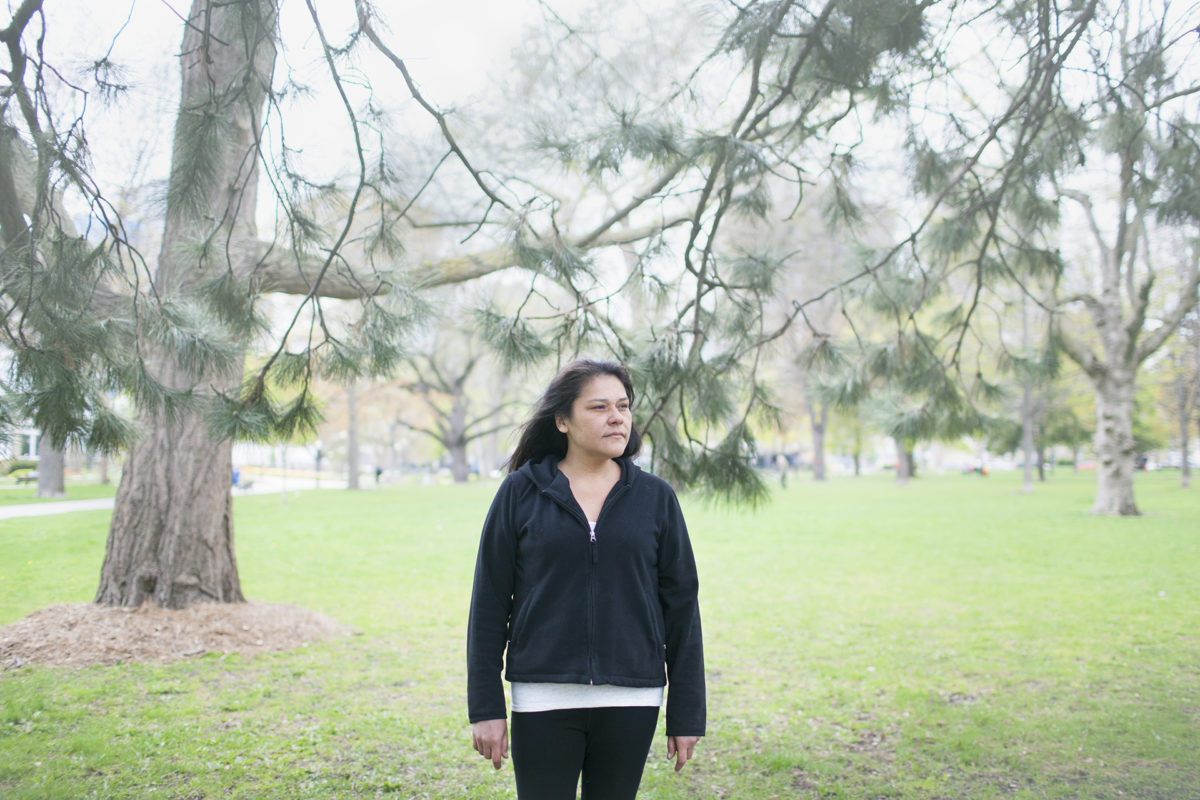